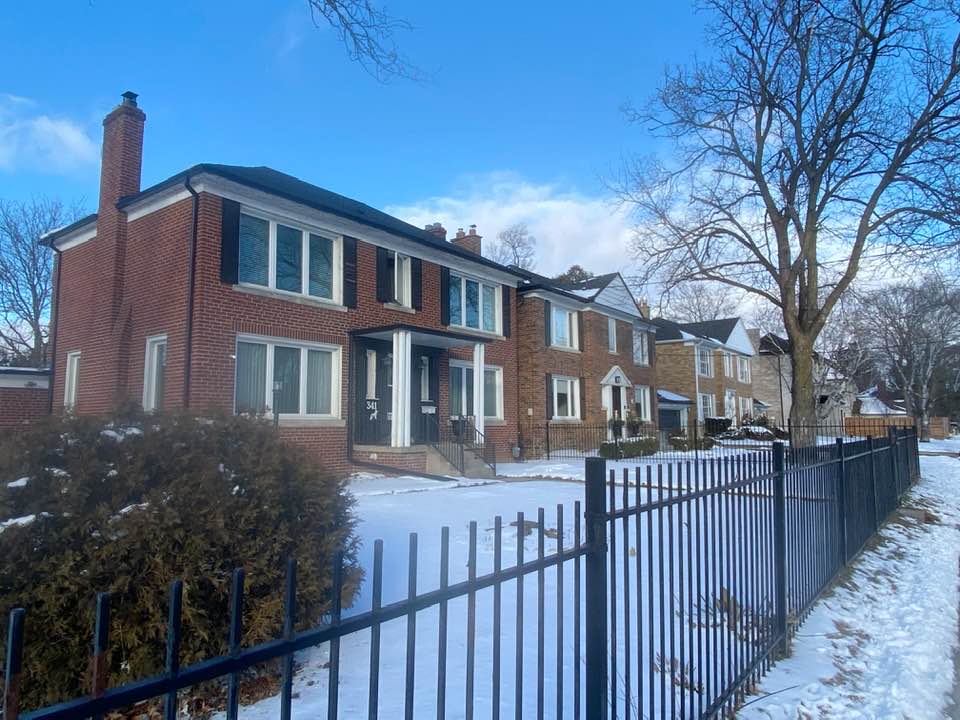 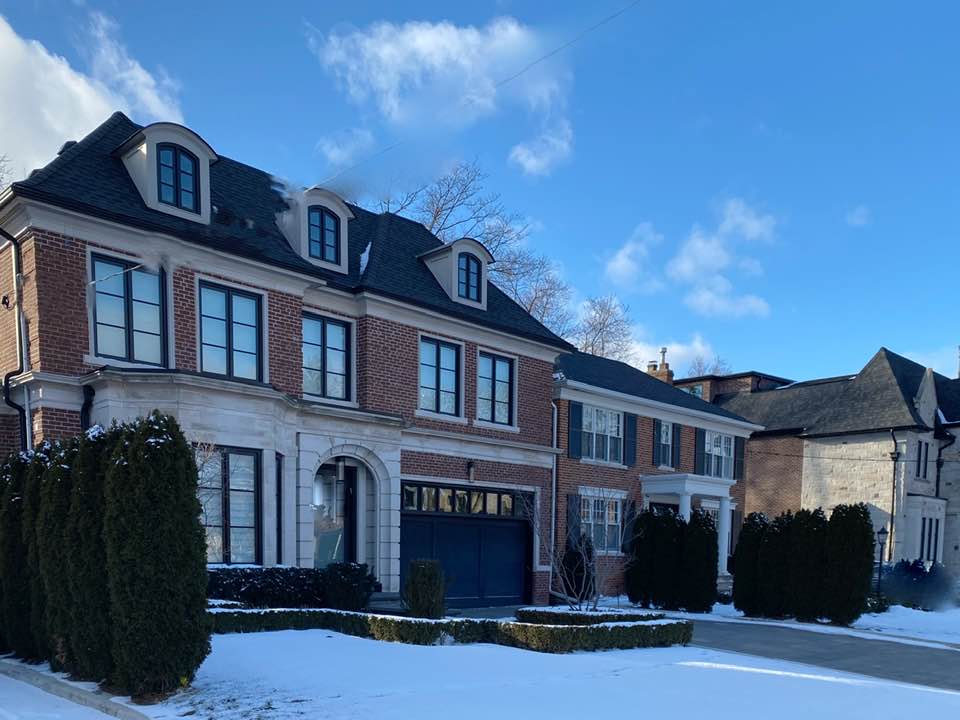 Most of the Homes in ARMOUR HEIGHTS are Detached Family Homes.  The original Homes are 2-Storey with 3 Bedrooms as seen in the picture on the left above.  Many homes have been torn down and rebuilt into much Larger Homes with Main Floor Family Rooms.  These homes often dwarf the older existing homes as you can see on the right picture above.

Armour Heights has become one of the more sought after neighbourhoods within Toronto. The quiet streets, family neighbourhood and the close proximity with the hwy 401, transportation and less than a half hour from downtown Toronto. Deeper lots have been an attraction with the 30 and 40ft width of the homes. Most homes have been updated throughout the years offering all the modern amenities wanted in today's real estate market. The schools are excellent and Armour Heights offers and excellent community centre and is minutes from the cricket club and local arenas.

WHAT'S FOR SALE IN ARMOUR HEIGHTS?

The area named after John Armour, was granted the concession sometime before 1837.  During the nineteenth century, he sold the eastern part of his land to the Hogg brothers, which later became Hogg’s Hollow.  The remaining parts of his property stayed in the Armour family until the First World War, when it was purchased by Colonel F.B. Robbins, who later built a large estate.  The Plans were put on hold due to the war.  He then decided to loan out the lands to the military, an air training facility was established.  After World War 1 the airfield became the base for Bishop-Baker Aeroplanes Limited.  The company closed in 1921 and the airfield became abandoned.  The air force returned in 1942 as an officer’s mess and training school and remains in service today as the Canadian Forces College.

Some development followed in the 1920s but the area was from the city’s centre to attract many buyers.  In the 1950s some streets were destroyed due to the construction of the 401. After both World Wars, development steadied and the farmland was transformed into middle class suburban housing by the beginning of the 1970s.

Armour Heights is bordered by Wilson Avenue to the South, Bathurst Street to the West, and the West branch of the Don River to the North and East. Highway 401 cuts through the centre of this Quiet Neighbourhood on the South.

Armour Heights has become an important Jewish area.  Bathurst Street is lined with a number of Jewish stores, restaurants and synagogues, and an important landmark is Toronto’s Holocaust Memorial, which is located just north of the community in Earl Bales Park.

The quiet streets, family neighbourhood and the close proximity with the hwy 401, transportation and less than a half hour from downtown Toronto.

Looking to move a Family Friendly Neighbourhood like ARMOUR HEIGHTS?

Information about Parks, Transit and Shops?

I'm here to Make Your Day!

Want to know what your Home is Worth? ...

This website is operated by a brokerage or salesperson who is a member of The Canadian Real Estate Association.

The listing content on this website is protected by copyright and other laws, and is intended solely for the private, non-commercial use by individuals. Any other reproduction, distribution or use of the content, in whole or in part, is specifically forbidden. The prohibited uses include commercial use, "screen scraping", "database scraping", and any other activity intended to collect, store, reorganize or manipulate data on the pages produced by or displayed on this website.